There are eight subspecies within this species.

What do they eat?
Invertebrates, taken on the wing.
Small insects, mostly gnats and other flies, normally over water, occasionally terrestrial or aquatic insects or insects’ larvae

Sand martins are very gregarious and nest in colonies, which may contain more than 100 pairs. They excavate tunnels in sandy, dry vertical banks in sand pits and gravel pits, railway cuttings, riverbanks and sea-cliffs, and exceptionally in drainpipes in walls, and holes in brickwork.

Both males and females make a horizontal tunnel 45-90 cm long with a chamber at the end. Suitable sites may be used for years. New tunnels will be dug as the cliff collapses, or as old holes become too big (when they may be taken over by sparrows or starlings).

The white eggs, usually four or five, sometimes three to seven, are generally laid in late May or early June in a nest of feathers, grass and leaves. Incubation is by both parents once the last egg is laid, and lasts for about 14 days. All eggs hatch at the same time.

The young are helpless and remain in the nest. They are bed by both parents and fledge when 19-24 days old. After fledging, they are dependent on the parents for about one week. Usually two broods are raised each summer.

Sand Martins are strongly migratory, with many making journeys of several thousand kilometres each year. Unlike other passerines, they migrate mostly by day stopping frequently en route to refuel. Before crossing barriers, such as the Sahara Desert or the Mediterranean Sea they will fuel for several days to ensure they have enough fat for the crossing. The amount of fat they lay down is closely correlated with the size of the barrier, carrying excess fat is extremely costly in terms of impaired flight performance. During migration, and in their winter quarters, birds will gather in large roosts, particularly in reedbeds and some types of crop for the night. This gregariousness is carried over into the breeding season, with most species nesting colonially to some extent.

Sand martins are summer visitors to Europe. they are one of the first spring migrants to appear in Europe, arriving mid-March to mid-April, with late arrivals up until June.

The birds depart their breeding grounds from late July to September. Most are thought to winter in the Sahel, the zone south of Sahara, where they feed in damp places that offer plentiful supplies of flying insects. 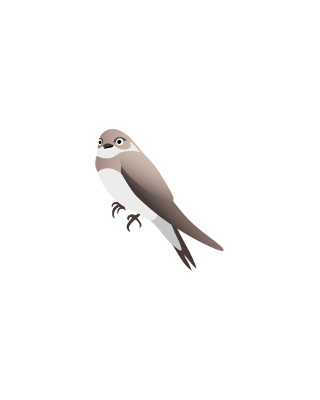 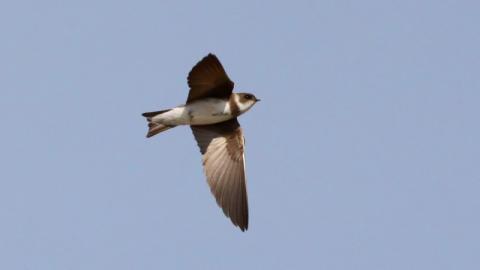 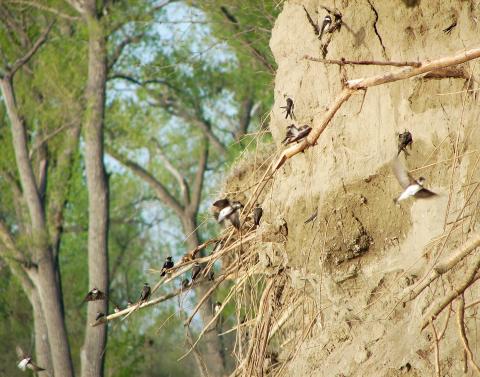 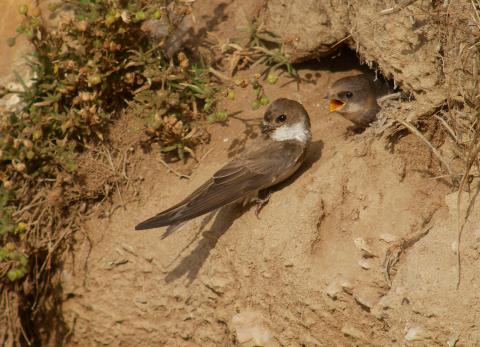 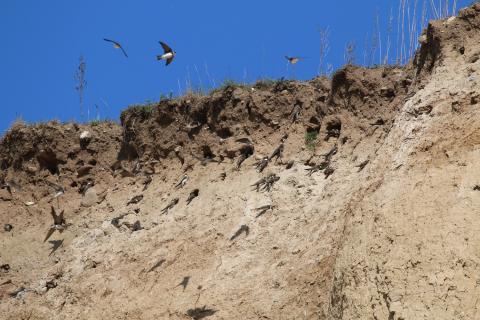