Common Ringed Plover is a rather small wader bird (of a size of Common Starling). It has a short bill and slim, relatively long legs; the upper part of the body is sand-brown, the underparts are white. In the breeding plumage, it is best identified by its orange legs, orange bill with a prominent black tip and a white wing-bar. The flight is not very smooth, rapid, alternating between “clipped”, as if nervous wingbeats and gliding. Typically, Common Ringed Plover flies at a low height, which makes it easy to notice the relatively long wings and tail. Before landing, it almost always glides for a moment; after landing it typically runs a couple of steps with spread wings.

What do they eat?
These birds forage for food on beaches, tidal flats and fields, usually by sight and during search for prey it is guided by water surface movements. They eat insects, crustaceans and worms.

Its foraging behaviours: the first type is a repeated sequence of “stop-run-peck”. Less common is the “foot-trembling” (a bird stands with the head downward on one leg and rapidly vibrates the toes of the other on touching sand). Typically, it avoids foraging at night, with the exception of summer at the coast, when the nocturnal sand hoppers are their main prey. The frequency of “foot-trembling” increases at times of lower activity of small crustaceans, e.g. in low temperatures.

Habitat:
Common Ringed Plover's breeding habitat is open ground on beaches or flats across northern Eurasia and in arctic northwest Canada. Some birds breed inland, and in western Europe they nest as far south as northern France. They nest on the ground in an open area with little or no plant growth.

Nest, eggs and chicks
The nest hollow is built by the male, which twists on and clings to the ground and scrapes it with his legs. Building a nest is a stage of the courtship ceremony. The male typically makes a few scrape hollows in the territory, of which one is jointly accepted by the pair. The nest is a shallow depression, surrounded by available material (tiny pebbles, debris and parts of plants, shells), scraped in soil, sand, gravel, cracked silt or occasionally among loose and low herbaceous vegetation, but always close to shallow water. Sometimes it is a depression in soft sand without any lining. The nest’s diameter is 10−12 cm and the depth is 4.0 cm

Eggs are asymmetrical, with one end flat and the other more pointed. The shell is smooth and usually matt; colouration and spots are highly variable. The female typically lays 4, less commonly 3 or 2, or exceptionally 5 eggs. If her clutch is lost, the female can lay up to 3 (rarely 4) repeat clutches.

If a potential predator approaches the nest, the adult will walk away from the scrape, calling to attract the intruder and feigning a broken wing.

Chicks hatch covered in down and after a few or just above 10 hours they leave the nest. They forage on their own but usually are guarded by at least one of the parents, which also heat them at night time and/or in bad weather. The flight ability is gained after 24−25 days and a few days later the chicks become independent.

Common Ringed Plover is mostly a migratory species but part of the British population is resident. The northernmost breeding populations have southernmost wintering sites and migration of those nesting southernmost is the shortest. Hence the British (the southernmost) populations are almost sedentary and their wintering grounds are the furthest north. Ringed Plovers typically migrate in flocks of a few or occasionally just above ten individuals, often together with other waders. A major part of the north-western population migrate over the UK and Ireland in mid-August and mid-September, and in the last two weeks of May. At least some populations migrating from Greenland reach the western coast of Norway and next, in the first half of September, the French. The exact wintering areas are unknown. They probably are in West Africa. Moulting takes place probably mostly in West Africa, in the wintering grounds or more northwards, e.g. on the coast of Morocco or Mauretania, where the birds stop before continuing further south. They likely winter in West Africa but there is no data on distribution of these populations at wintering sites. 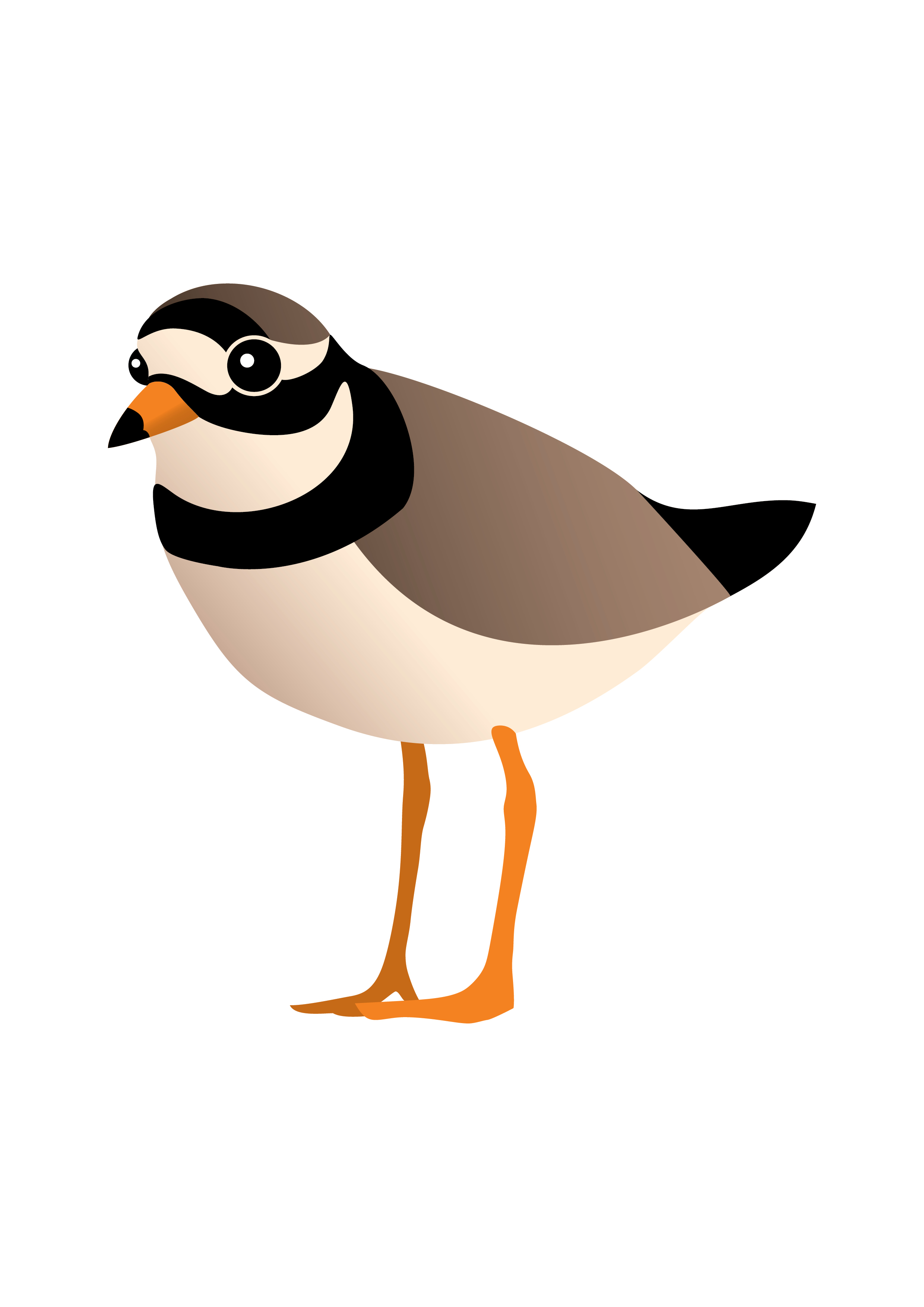 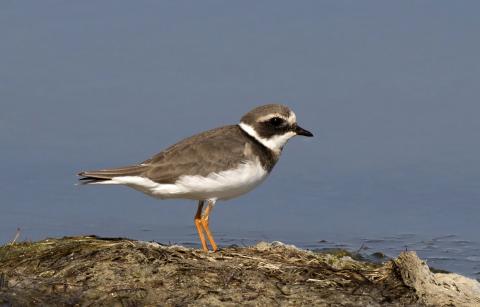 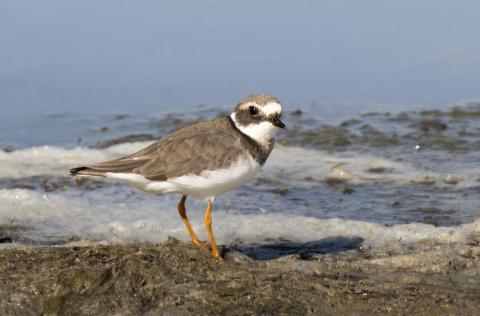 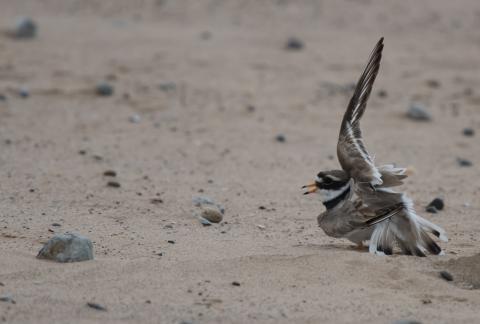 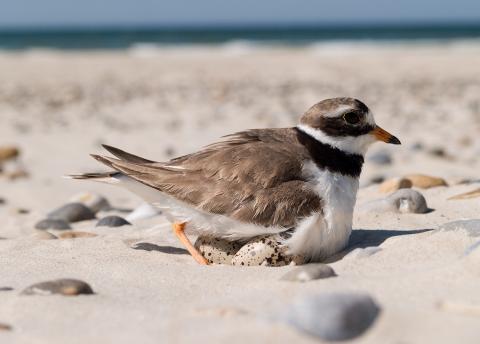